October is Pregnancy and Infant Loss Awareness Month and it is something very special to me. Growing up I had always said I never wanted to have children. My childhood wasn’t the worst but, it also wasn’t the greatest. I didn’t want the enormous responsibility of raising a child and I was fearful that I would just totally screw everything up. So, in my mind all of that could be completely avoided if I just never had kids. 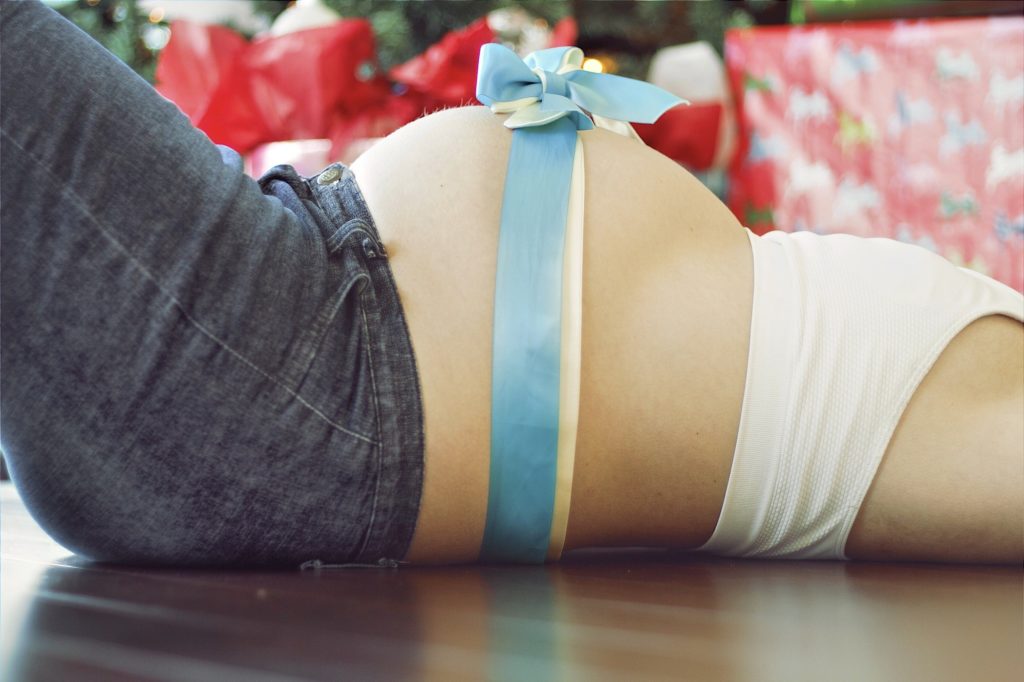 I was freshly divorced, enjoying my new freedom, and having what I thought was the time of my life. And then, in October, my period was late. I had a gut feeling that my sickness was not just a terrible hangover. That gut feeling was right; I was pregnant.

Nervousness set in. I didn’t think I was entirely ready to be a mom but, I also knew that adoption and abortion were not things I was personally capable of going through. So, I got my little party girl self together and had a baby. I loved him SO much (and I still do!) and he really changed my life for the better. We were a happy little family of three and I was convinced my life was perfect and having a single child was the bee’s knees.

While on a lengthy vacation from New England to Tennessee I got pregnant. We weren’t trying but, we were also not NOT trying either. We were happily married and in love. It was the very first days of November in 2010 when we got the positive test result. I made an appointment with my doctor and we started thinking about becoming a family of four. Would it be a boy or a girl? What should we name the baby? Who would it look like?

Patrick was just 4 years old but, he knew that babies were special and he was so excited and eager to meet our new family member. We all were excited. While all along we didn’t think we were missing anything, just knowing that we had something special in the making had us all so elated.

Ten short days later it was over.

I started bleeding, my levels dropped, and it was gone. Just like that. Like it had just been a dream. And while I had never anticipated having any children and then felt content with just one – I was completely devastated. Why had my body failed me? What had I ever done to deserve something so special being taken from me? I couldn’t wrap my head around it. The holidays were coming and I was anything buy happy and joyous.

My friends all tried to console me and offered their condolences. My OBGYN tried to make me feel better by saying it was “nature’s way of ending a non-viable pregnancy”. Nothing made me feel better. The the determination set in. We were on a schedule. I tracked my ovulation. I was more determined about getting pregnant than probably anything ever in my life.

It took almost an entire year…

And within that year I suffered some major health issues and had a lengthy hospital stay. Shortly after that, just when I was ready to quit trying so hard, it happened. It was late October 2011 and while we had a rough start we ended up with a perfectly healthy baby girl. She’s six now. Her older brother is 12. I have a tattoo in honor of our angel baby. Almost immediately after my miscarriage I went out and bought a very special ornament for our Christmas tree that is an angel holding a baby. I think about what could have been a lot. What if that baby had made it? What would they be like? Would we have had three kids or still just stopped at two?

My mother had two miscarriages – one before me and one after me. It is something that I am sure most women do not ever think they will have to go through – until it happens to them. It happens a lot more often than any of us think it does. Statistics say that 1 in 4 women will experience a miscarriage in their lifetime.

That’s 25% of all women that become pregnant. That is a lot. I wish it wasn’t deemed to be so improper to talk about it. We collectively need a group hug. It’s life changing. It stays with you. Sure, the sadness lessens and life moves on. But, on a quiet night when I can’t sleep my mind will sometimes wander into the ideas of how things might be different, if only…

If you have had a loss – whether a miscarriage, stillbirth, abortion, putting a baby up for adoption, or any other form of loss – my heart is with you. I know the sadness, the despair. I wasn’t sure mine would ever go away but, with time it became easier to manage. Hang in there, momma. Together we can get through this.